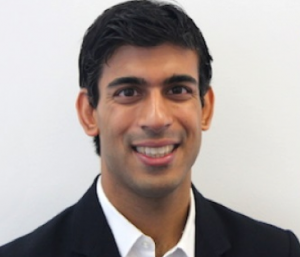 In responding, the Prime Minister said that Changing Places toilets were a very important issue and one that makes a real difference to the lives of disabled children and carers. The Prime Minister joined Rishi in urging relevant buildings to consider installing Changing Places toilets and suggested a meeting with the Secretary of State for Communities and Local Government. You can watch the full exchange here.

The MP's question came following his experience of meeting children and parents at Dales school in his constituency. We also met with Rishi in September to brief him about the campaign. As well as raising the issue with the Prime Minister Rishi also wrote a piece on the ConservativeHome website which you can read here.

We have been in touch with Rishi following his question in Parliament to thank him for raising the issue of Changing Places toilets with the Prime Minister. We look forward to meeting the Secretary of State for Communities and Local Government with him in 2018 to identify what can be done to strengthen legislation and, crucially, see the number of Changing Places toilets increase further.