Our Changing Places Year in Review

- Our Changing Places Year in Review

This year we registered the 800th Changing Places toilet in January and the 900th in December with so much going on in between. With 2017 fast approaching, we wanted to take a moment to look back on our wonderful 10th anniversary year!

2016 kicked off with us registering the 800th Changing Places at Old Trafford, home to Manchester United Football Club. A huge amount of passionate campaigning went into getting the toilet installed- thanks to all involved!
We saw positive steps in improving the accessibility of transport links with the opening of a new Changing Places at Glasgow Central train station and our campaign sponsors Aveso installing Changing Places at three Welcome Break motorway service stations.
Meanwhile, Sarah Mitchell continued her great work on the Changing Places Facebook page which had racked up over 12,000 likes! 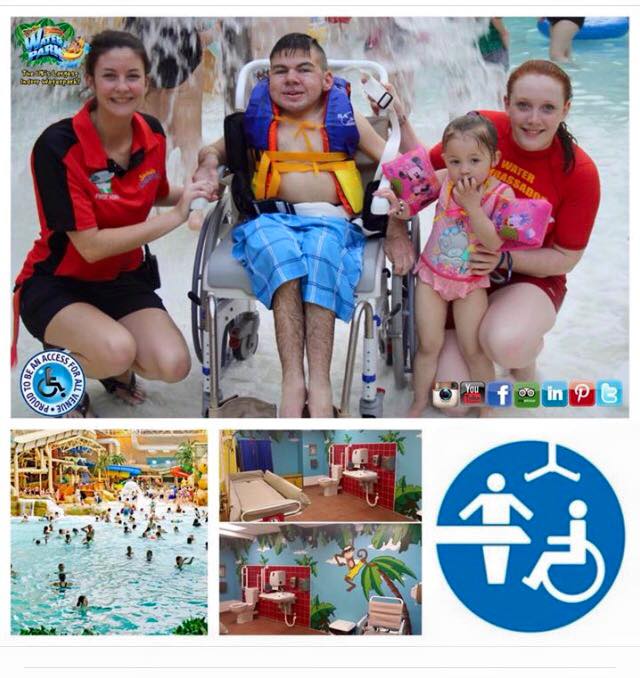 We were delighted to announce the winner of the People’s Choice Changing Places Award 2015 at Sandcastle Waterpark in Blackpool. Those nominating the facility made comments such as “Fabulous facilities and wonderful staff” and “It is not just a plain room it has colourful walls and decoration for children to enjoy while they are being changed.” Sandcastle Waterpark have done a huge amount to promote their Changing Places toilet and raise awareness of the campaign; a very deserving champion!

Our wonderful Changing Places campaigners across the UK were making sure that there were many new Changing Places being registered and on the horizon. February saw registrations at the London Aquatics Centre at the Queen Elizabeth Olympic Park in Stratford (where the fabulous Parallel London was launched) and at the National Trust’s Attingham Park in Shrewsbury (thanks to the Foden family for being some of the first visitors to check it out!)

After a strong campaign Alison Beevers (who bought us the CPselfie kit), Retford council committed to install a Changing Places toilet. Alison hosted two fundraising events to raise match-funding for the project.
12th March was Disabled Access Day and our campaign sponsors Aveso produced a top 5 places to visit graphic which was very popular on social media.
Meanwhile, the Wheel Inn became the first pub in Scotland to have a Changing Places toilet installed.

Another Welcome Break Changing Places toilet was opened at Fleet Services on the M3. We were also getting great feedback from families and individuals about the new Changing Places map, produced with the help of the Department of Communities and Local Government (DCLG) and the British Toilet Association.

We were delighted to receive a news story and blog from the Colostomy Association and Caroline Richards, a mum from Wales with a stoma. This was a great opportunity to remind providers about the value of including a colostomy shelf in their Changing Places. The Facebook page hit over 15,500 likes reflecting the growing global interest in the Changing Places campaign.

Through the summer months we had many, many calls regarding the need for mobile Changing Places to be available at festivals and other summer events. Understanding of this need has grown dramatically over the course of the past 10 years. It was great to see that some event organisers were putting Changing Places in place at their festival venues, such as Glastonbury. We hope to see more mobile Changing Places being used in 2017. 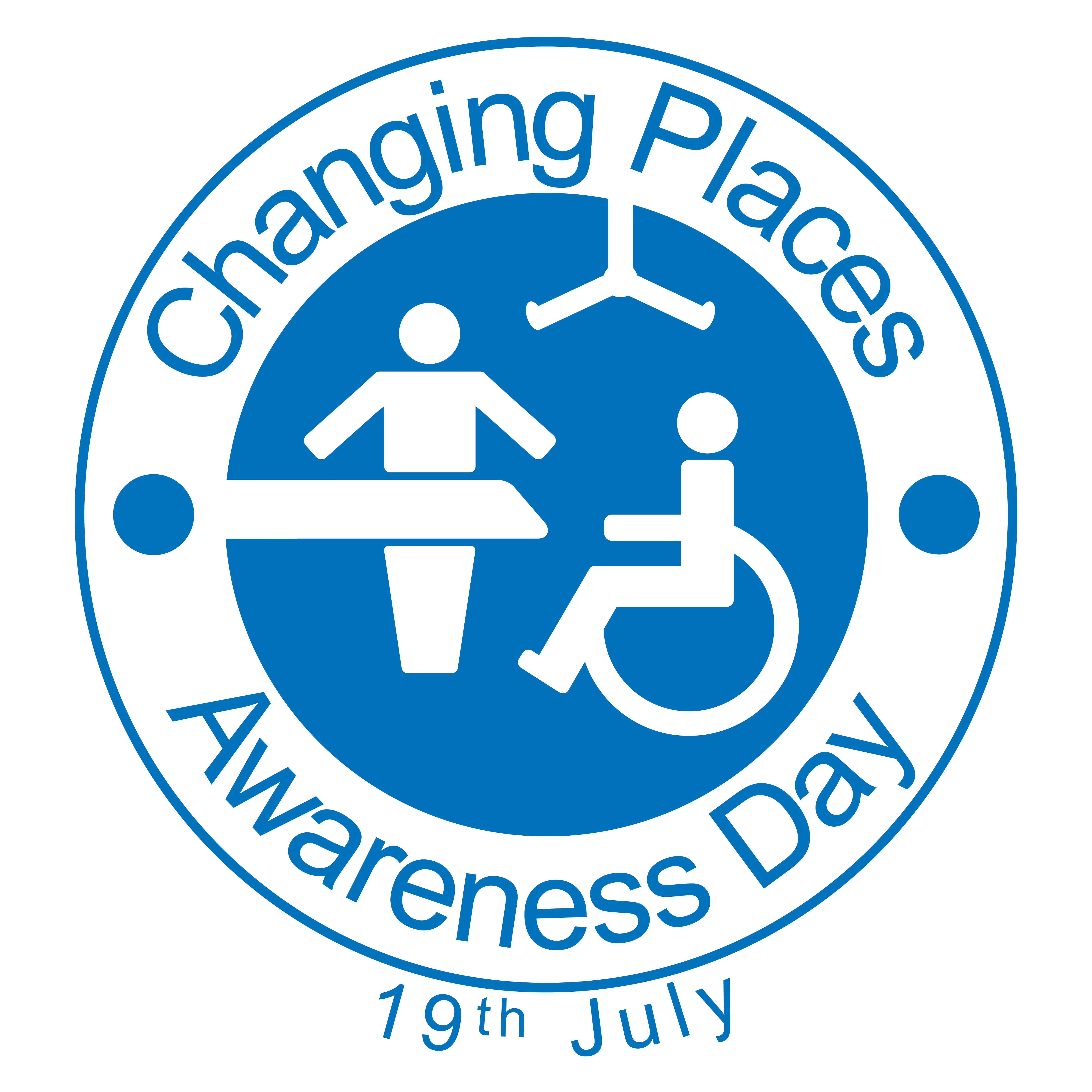 The highlight of July was always going to be the Changing Places 10th Anniversary and first National Changing Places Awareness Day on 19th July. There was so much going on across the UK in celebration of ten years of campaigning. Social media was “on fire” with #incLOOsion trending for part of the day!
For us, the day was about raising awareness and thanking all the people who had made the campaign so successful over the past 10 years, growing the number of Changing Places across the UK from around 30 toilets to 860.
Some highlights of the day included: 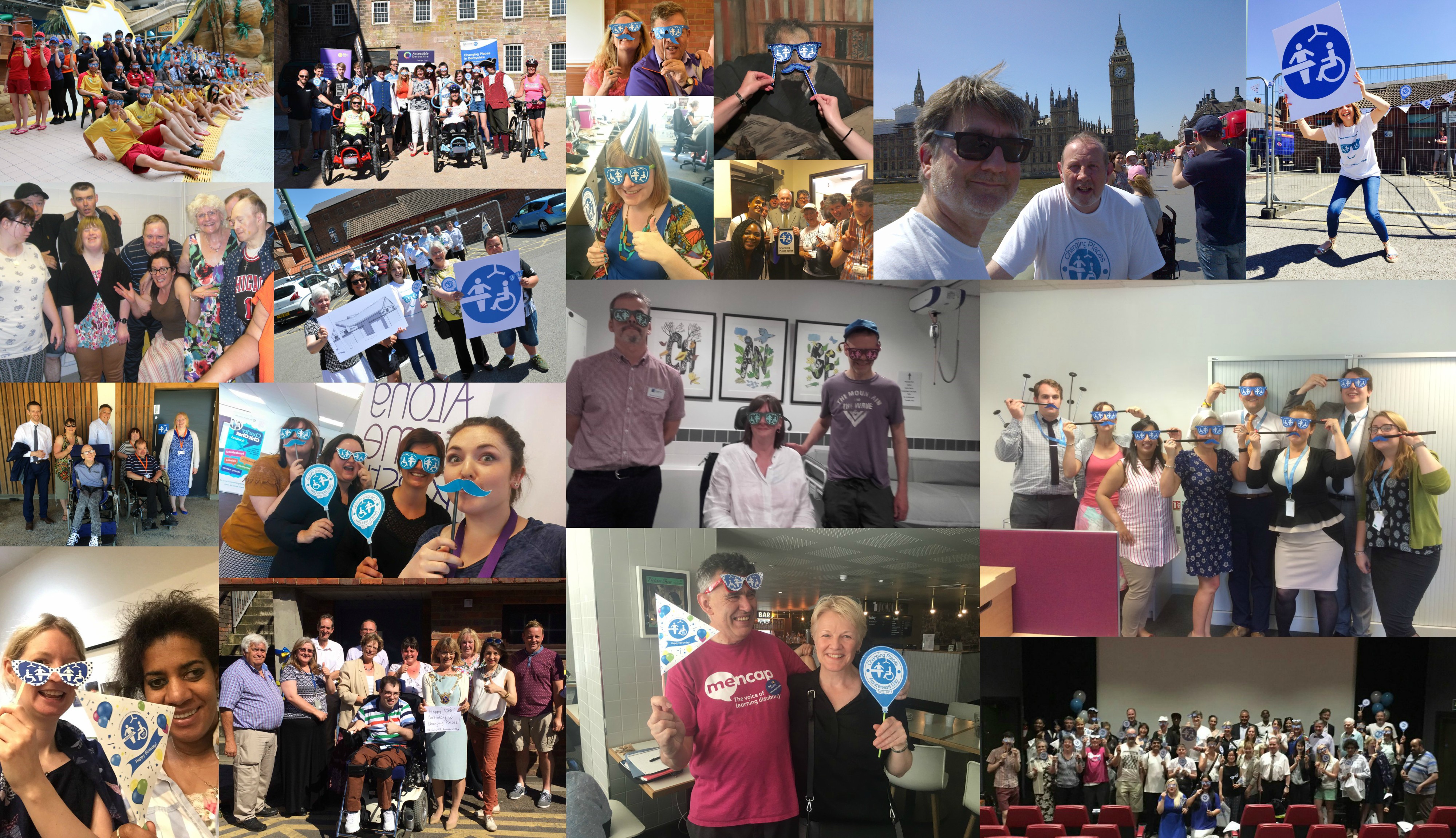 Many more highlights and photos are captured in this storify to enable you to relive all the positivity of the day! Thank you to all who got involved and gave the campaign a birthday to remember.

During August we were delighted to register two further Changing Places toilets at Welcome Break motorway service stations. We also registered the wonderful facility at Cornwall Services which featured on the Channel 4 “No Go Britain” report about the need for more Changing Places across the country. Meanwhile, the official Changing Places twitter account hit over 5,000 followers and the Changing Places Facebook page reached over 20,000 likes.

After discussion with Mencap and the Changing Places Consortium during September, we were delighted when the Minister for Disabled People, Penny Mordaunt MP, called on all Premier League Clubs to install Changing Places by the end of the season. 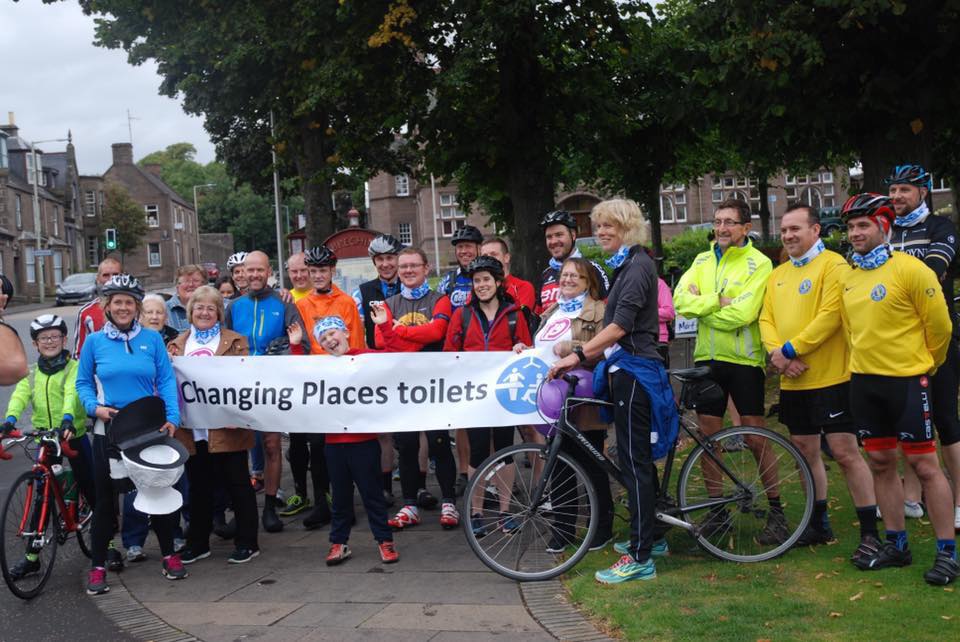 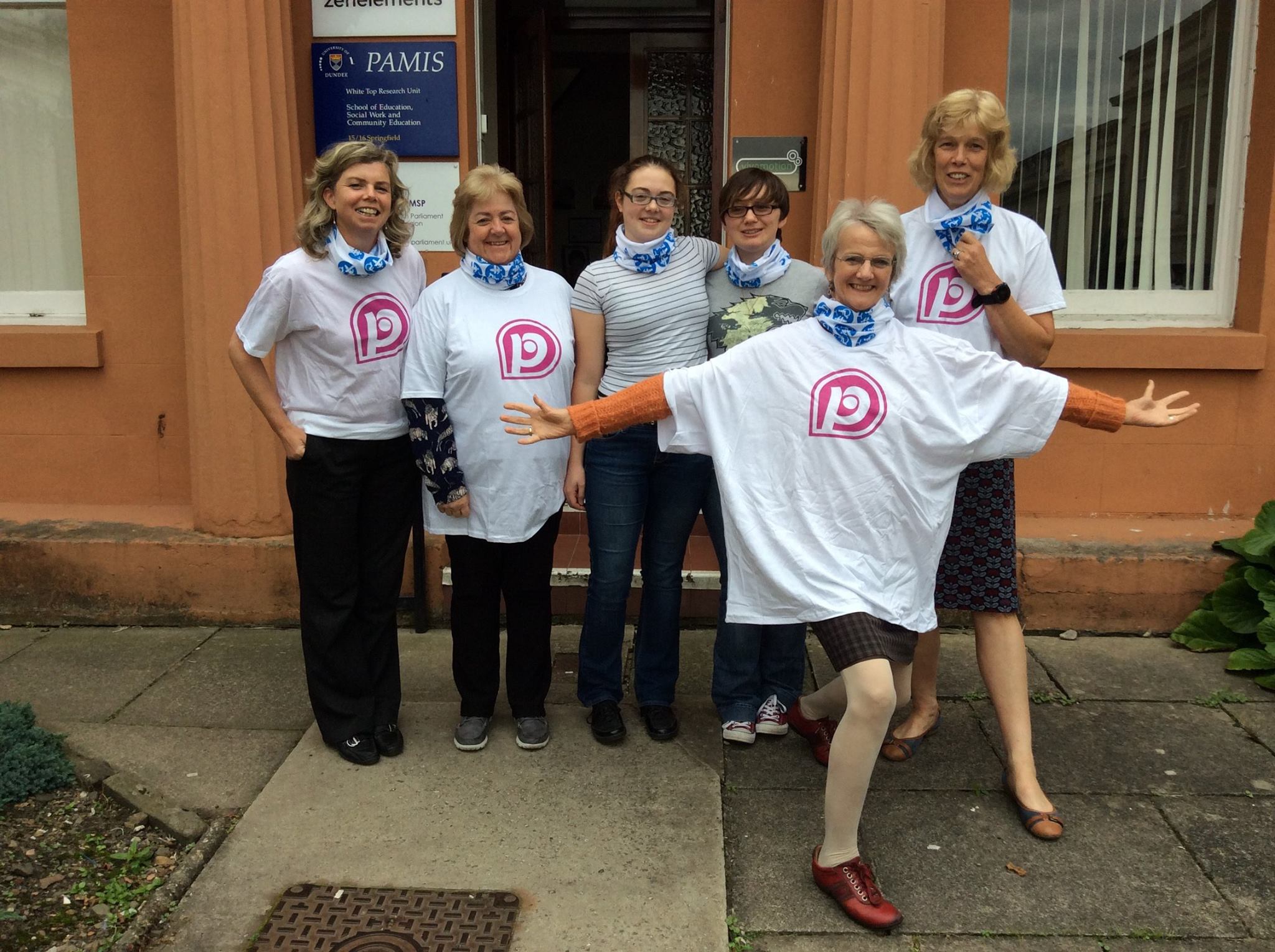 We celebrated World Toilet Day on 19th November with Consortium members PAMIS joining forces with Mobiloo to raise awareness and funds for a mobile Changing Places in Scotland. November also saw a Premier League hat trick with the registration of a Changing Places facility at Southampton FC; thanks to all involved in making this possible.

In December we were delighted to announce that the 900th Changing Places had been registered at the Brentwood Centre in Essex, the first leisure complex in the UK to have three Changing Places toilets; a testament to the centre’s inclusive mission to become the most diverse and accessible leisure centre in the UK. We also saw the registration of the fourth Premier League Changing Places this year at Leicester City and the first Changing Places in Canada at Montreal Trudeau International Airport. A fantastic way to finish the year!

As it’s our 10th anniversary year, we felt it was fitting to take a moment to remember and pay thanks to two people who were key in starting the Changing Places campaign; Loretto Lambe CEO from PAMIS and our Consortium co-chair who died in November 2015, and Lord Rix, who died in August 2016. Together, they produced a video showing how parents were having to change their son/daughter on public toilet floors and in the back of their vehicles. It was a shocking video that inspired so many campaigners and helped persuade people of the need for Changing Places toilets.  We wouldn’t be where we are today without them. 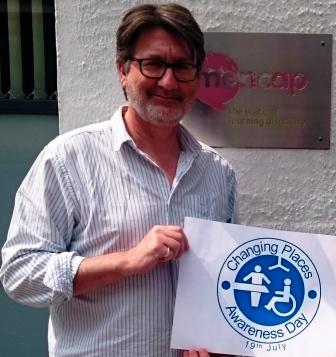 2016 will also be Mike LeSurf’s last year working as Changing Places Development Officer. After 6 years and hundreds of registrations, Mike leaves us to take on a full-time regional campaigns role with Mencap. Mike has been a consistently positive and passionate advocate for Changing Places, in his job and daily life. He has always been committed to fighting for the rights of disabled people and has been a huge support to so many people involved with the campaign over the years. We are sad to see him leave but wish Mike every success in his new role and know he will always be a Changing Places champion.
Last, but by no means least, we wanted to take a moment to thank all of you for another year of passionate and unrelenting campaigning. Through securing lots of fantastic media coverage and using social media you have helped raise crucial awareness of the need for Changing Places toilets and got many more toilets installed. You are a daily inspiration to us all and have helped make this year such a special one for all of us- THANK YOU!
For now, on behalf of all the Consortium, we want to wish a Merry Christmas and a Happy New Year to everyone involved in the Changing Places campaign. We look forward to working with you all next year and reaching the 1000th Changing Places target in 2017.
Thank you,
The Consortium